In this kind of scenario, the only way to protect this content is to encrypt it and only allow decryption when the user meets certain conditions. This SPEC is about the defition of the Nevermined solution, which allows to build robust and scalable access control on top of publicly available data.

If the unencrypted asset is described by its hash, there are at least two use cases for being able to prove that the access to the asset with given hash is transferred:

To save resources, instead of showing that all the data is transferred, we assume that there is publicly available encrypted data and only the symmetric key will be transferred (the hash of symmetric key is known by all participants). This does not impact the above use cases:

To set up the asset metadata:

The first file represents the key and url attribute, containing the plain text key (probably have to change). These metadata are encrypted so they won't show up publicly when querying the node.

The public parts that have to be added to additionalInformation are

When the asset files are encrypted, the DDO will include under main the attribute encryption with the possible values of:

For the access service agreement, the following data are needed:

Before entering into the agreement, the Consumer should already have downloaded the publicly available encrypted data.

Other parts of the flow are the same as a normal access flow, but the final execution of the transfer on-chain is different.

The Provider first has to compute a shared secret using ECDH from his private key and the Consumer's public key. This secret is used to encrypt the key using MiMC. The encrypted key is then sent onchain with the SNARK proof of correctness.

Similarly, the Consumer first has to compute a shared secret using ECDH from his private key and the Provider's public key. The encrypted key is read from chain and then decrypted using MiMC. The hash of the result will be the same as was given beforehand.

Here is the complete flow including the different actors: 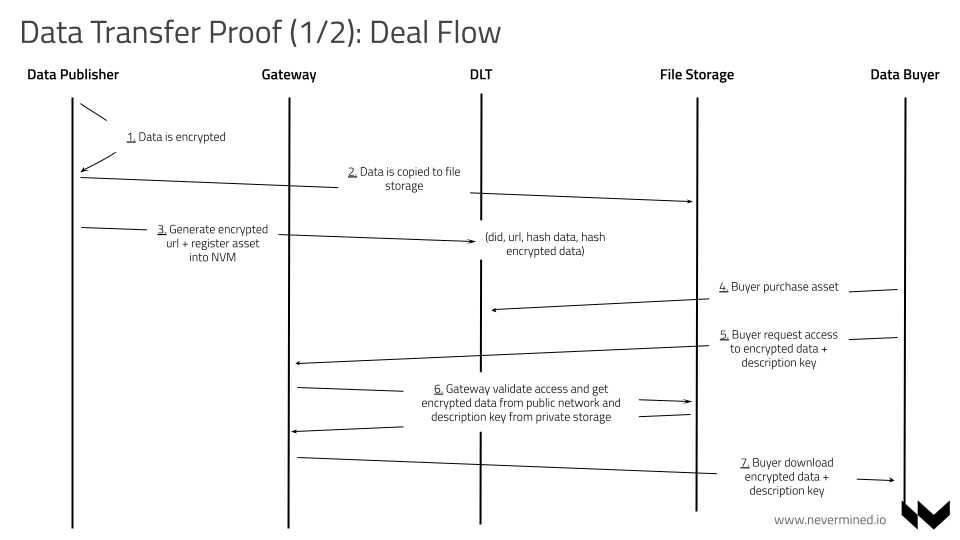 The flow below describes how to manage a dispute resolution, in case there's an issue. 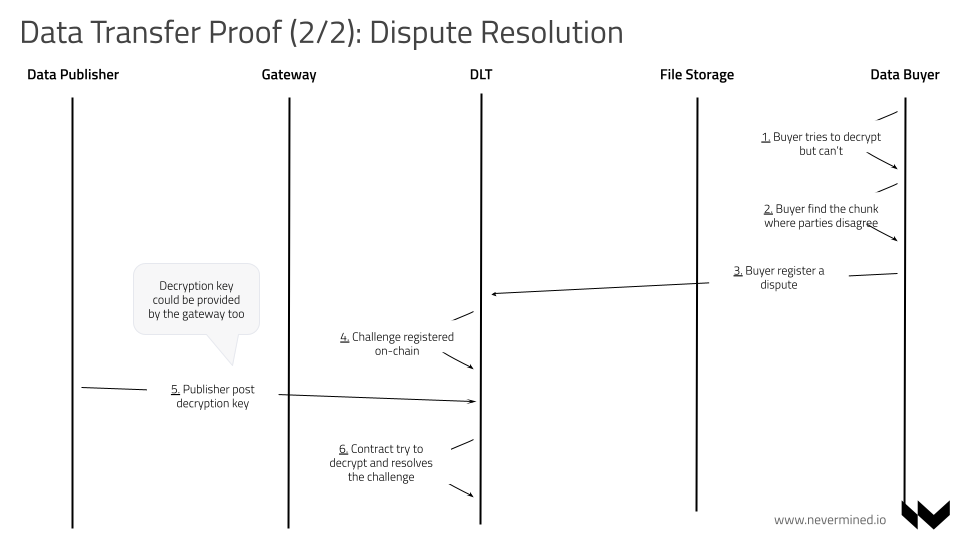 In this scenario, the node acts as a PROVIDER. This is useful when the PUBLISHER doesn't want to be on-line running a service for responding to CONSUMER requests. This means the PUBLISHER delegates the ability of releasing the decryption key to the CONSUMER when the conditions are fulfilled to the PROVIDER.

Accessing documents using the node mostly works the same way as in a normal flow, but the Consumer has to send his Babyjubjub public key too. The data must be checked so that the node won't send invalid proofs to the net (it's possible to get the key from the calldata of the fulfill method if they have the corresponding key). Additionally we can check that the Eth-address corresponds to the Babyjubjub public key. This isn't absolutely necessary, but is needed if we want the node to return the data transfer key (or perhaps the data as plain text). 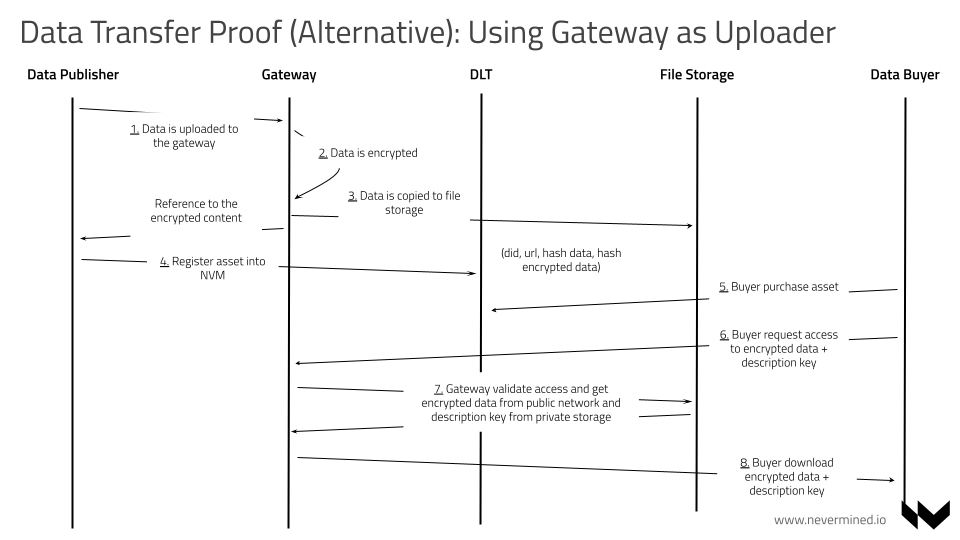 If an NFT is used for accessing an asset, it is safest to grant access when making the NFT sale. In this case, the access is granted when the payment is made. The NFT Sales with access agreement is the same as normal NFT sales flow, but there is an additional condition for granting the access.

To handle this flow with node, nft-sales-proof endpoint has to be used instead of nft-sales. The nft-sales endpoint can be used to make sales, but then access has to be granted with another agreement.